The Power of Zero

One thought exercise I love doing with my students is asking them to think about how they would make money.

I start off relatively simple, and you can play along with this game.

The objective is to be as precise as possible as to how you would come up with the dollar amount I challenge you with. eg. simply saying property or business is not a specific answer.

The ultimate reason for this challenge is that your thoughts about money are always set to a certain level, in order to level up we need to completely rethink our strategy of how we achieve it. What works for one level often doesn’t work for the next, and this reflects back on us as investors and entrepreneurs as well. In order for us to add another zero, we need to rethink how we operate our investments and our businesses.

Starting with $1, how would you go about making $1?

Most people answer with “asking someone, anyone.” In fact, $1 is of such little value that most people wouldn’t hesitate to give away $1 if they had it.

What would you do to make $10? Again, most people I talk to say they would ask someone, but this time, it wouldn’t simply be anyone. They usually say friends or family. This shows that $10 is still a relatively low amount that they wouldn’t require it back, but still, a large enough amount that not just anyone would give it to you.

How would you go about making that?

Does the time it takes to make it start to extend out?

Does it now become more of a business deal, ie. either you have to sell something, put overtime in at your job or pay interest on the money as a loan?

What is your plan here?

What is your best strategy?

Are you starting to struggle?

For $10,000 you could really simply source a property deal and back to back it to another investor, but for $100,000 you would probably need to do a decent renovation in one of our major cities.

Anyway, you know what is coming…

How does that start stretching the thinking?

Because now it is time to step it up again.

What would be your best guess at how you make that?

How long would it take and who would you have to become in order to achieve it?

If you were to stretch your thinking and come up with your best plan on how you would achieve entry into the three comma club, what would that look like?

The reason I play this game is because anyone can actually create the neural pathways to hit their dream number right now, just by simply researching how other people playing at each level thinks, and start doing the same things they do in order to become just like them.

For example, there are people out there right now who are already investing upwards of $1b into people’s ideas. So the question isn’t where do you find the money, the question is how do you become someone who those people would want to invest in, and what would be worth investing into? 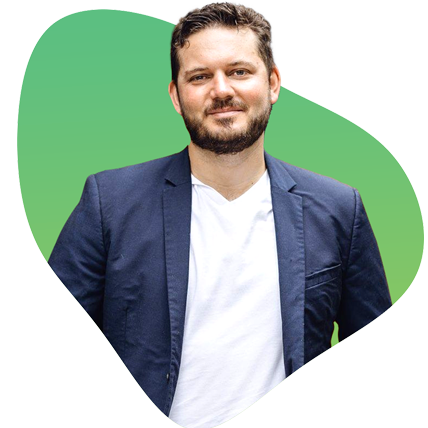 As an adventurer and traveler, Kyron believes that people shouldn’t feel trapped in a job they hate just to maintain a livelihood. Therefore, his mission is to help people create freedom and live life on their own terms.