As a habit mindset coach, one of the most common triggers for a client to overspend or under save is emotion.  In fact, the negative emotional habit loop is a seldom discussed pattern of behaviour around wealth creation and yet, it is one of the most satisfying to address.

What do I mean by emotional habit loop? 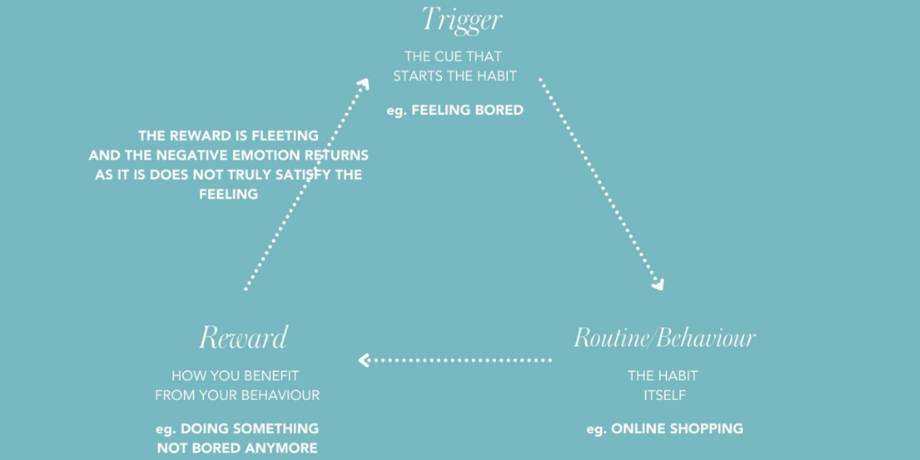 The emotional habit loop is one where the routine or behaviour is triggered by any emotion. A negative emotion could be sad, lonely, angry, frustrated or Fear Of Missing Out (FOMO). A positive emotion could be happy, joy, excitement.  The reward in this loop is the relief of satisfying this emotion albeit momentarily.  And that is the clue for an emotional habit loop.  If the satisfaction of that routine is only fleeting and the emotion rises again – you indeed have a potential problem on your hands.

How can this play out in life?

Sally is a teacher and she has decided she wants to save money for a house deposit.  She sets up a savings transaction from each pay day into a savings account. Unfortunately, Sally has decided to go too strict on her savings plan and has cut herself short on each pay day in an effort to speed up her savings deposit.  Within a couple of weeks Sally is feeling quite down as she has to say ‘no’ to all outings with her friends; stop eating out and even stop buying presents for her loved ones.  Sadly, Sally is not able to be the person she was used to being!  Without awareness of why she is feeling this way, Sally starts to believe that her savings goal is simply not worth the sacrifice, in fact she decides it is a total waste of time and one day Sally blows most of her savings fund on a holiday to Queensland.   And this is not the first time Sally has done this.  This is a pattern that Sally’s friends and loved ones have observed over the years.  As well they have seen Sally ‘try and fail’, ‘try and fail’ and ‘try and fail’ in her attempts to save a house deposit that they hear Sally saying that she’s probably never going to get there!

This is not an uncommon story. Sally may also find herself believing she just needs more willpower or self-discipline and she would be well on her way to her house deposit.

This is not about willpower; this is about using a behaviour mindset to create change rather than a habit mindset.

Up to 95% of our behaviours are habitual – that is they are done on auto pilot. If the behaviour we are wanting to change is a habit, then we are never going to change the behaviour sustainably by ignoring the two other elements which have created this habit in the first place – the trigger and the reward.

The real reason that Sally is unable to save her deposit is because she has set herself up to failure from the start.  Cutting yourself off totally from the luxuries of life will only end in tears.  Humans are not designed to do that for long periods of time.  If Sally had a habit mindset she would discover that the real issue is her emotional triggers from ‘missing out’ that is leading her to ‘blow her savings’.

The solution for Sally?

Sally’s solution is to take a moment to reflect on the whole loop around her behaviour.  By using the habit loop framework she will see the real triggers and reasons behind her failure to sustain a savings plan. It’s time for Sally to create a realistic savings plan including timeframes that fits with Sally’s desires and lifestyle.  She can then develop some sound micro-habits as she builds her savings plan and create an authentic savings habit for herself.

Are you trying to change behaviours in your life that are really habits?  What emotional habit loops are holding you back from being the person you really want to be?

Why not sit down with the habit loop framework and see what you come up with?  Share this loop and your findings with a friend or loved one and see what they say.  Getting to know your emotional habit loops can be one of the most empowering things to do.  You will start to realise that you are not a failure, you have just been on auto-pilot.  And then you can start to make some lasting changes for yourself.

Let me know what you learn.  Where in your life are your negative emotions in charge?

My mission to is to create a tribe of habit masters around the globe by bringing the habit loop to life. 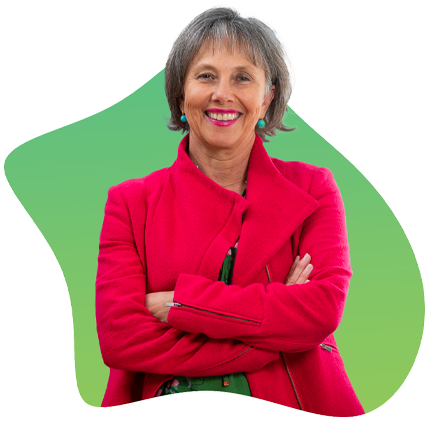 Bella uses the latest habit change neuroscience to help people change their thinking and take control of their choices allowing them to automatically go for what they really want out of life.